Five years after Damen Shipyards Group began construction, the new Antarctic Supply & Research Vessel (ASRV) Nuyina for the Australian government has arrived at its homeport of Hobart in Tasmania. The icebreaker’s task includes scientific research around the South Pole and delivery of personnel, cargo, and equipment to and from the Antarctic and subantarctic stations. It will also be deployed as a rescue vessel in case of emergency response, disaster relief, evacuations, or pollutant contamination incidents and as a patrol vessel. It has its own research laboratory, can carry 1200 tons of cargo, and can accommodate 150 people. The Nuyina can sail in temperatures of forty degrees below zero and breakthrough 1.65 meters thick ice at a speed of three knots. The name Nuyina is the Tasmanian Aboriginal word for southern lights.

Bakker Sliedrecht supplied the engineering of the electric propulsion. The vessel sails through vulnerable natural areas. Hence, the impact on the environment had to be as good as zero. That is why hybrid-electric propulsion has been chosen. This means that the vessel can sail on its diesel engines, its electric motors, or both. The hybrid propulsion enables the Nuyina to sail in different modes. It can sail entirely on diesel to get from A to B as quickly as possible. Fully electric for quiet and economical sailing or on a diesel engine and an electric motor, where the other diesel engine generates energy. In the icebreaker mode, the diesel engines, as well as the electric motors and thrusters, can be used at full power. In DP mode, those thrusters hold the ship in position.

Bakker Sliedrecht supplied four water-cooled frequency drives that can be deployed multifunctionally, for the two propulsion motors 3700kW each or for the three thrusters with 1300kW electric motors at the stern, three thrusters with 1300kW electric motors for the bow and two transformers for the Power Take Off/Power Take In system. (PTO/PTI). This generates power for propulsion as well as for other purposes, such as on-board voltage. The thrusters are used for both propulsion and the Dynamic Positioning (DP) system that keeps the ship in position. Bakker Sliedrecht provided trained the Australian crew to help them getting to know the installation and to operate all the modes of electric propulsion. Due to the corona measures, the training was given online. 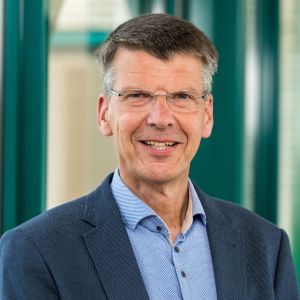